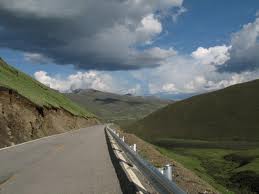 I was presented some information that I wish I was never given. (It is strange how people think they are helping but gossiping really just hurts) This information cut me deep and the pain of it made me want justice, I was angry at all the parties involved and felt like I had to say something…this was before I went to the Lord in prayer. After doing the rest of the running around I need to do, all the while stewing and getting more and more angry…

I finally made it home.

I immediately went upstairs to my bedroom and dropped to my knees to get both comfort and guidance from the Lord. God told me through the Holy Spirit two things in that time on my knees. The first was that I had been spending less time on my knees. Sure I was praying throughout the day but I had moved past the painful state I was in and began to ease into a relaxed, laid back state of prayer time with God. I am not saying anything is wrong with that, only that for me personally, prostrating myself brings me closer to the Lord in prayer. The second was that I should seek Godly counsel before taking another step in acting on this unwanted revelation. So I called my friend and mentor in Christ. He asked me a few questions and prayed with me over the phone and then the unexpected happened. I thought he would be as angry as I was but instead he told me that the people mentioned are still new to Christ and that I need to take the high road and keep this to myself. Not exactly what I wanted to hear but exactly what I needed to hear. So after the phone call I went back to the Lord in prayer and forgave the party and was comforted and was given peace. I got exactly what I needed, not what I wanted.

I learned a few things from this trial:

1. Don’t calculate without God. Psalm 37:5
2. Seek Godly counsel before acting. Proverbs 12:15
3. Act in obedience to what the Lord instructs without hesitation, having faith in His wisdom. Proverbs 3:1-35
4. Forgive promptly so I can be forgiven and be treated. Matthew 6:14-15

Exercising faith truly brings me closer to God. The high road is bumpy and and I don’t enjoy the ride too much at all but when it smooths out, the rest is on a beautiful path.

“But he knows the way that I take; when he has tested me, I will come forth as gold. My feet have closely followed his steps; I have kept to his way without turning aside.” — Job 23:10-11