…how can anyone be right in the presence of God?
Someone might want to argue with God, but no one could answer God, not one time out of a thousand.
God’s wisdom is deep, and his power is great; no one can fight him without getting hurt.
God moves mountains without anyone knowing it and turns them over when he is angry.
He shakes the earth out of its place and makes its foundations tremble.
He commands the sun not to shine and shuts off the light of the stars.
He alone stretches out the skies and walks on the waves of the sea.
It is God who made the Bear, Orion, and the Pleiades and the groups of stars in the southern sky.
He does wonders that cannot be understood; he does so many miracles they cannot be counted.
When he passes me, I cannot see him; when he goes by me, I do not recognize him.
If he snatches something away, no one can stop him or say to him, ‘What are you doing?’
God will not hold back his anger. Even the helpers of the monster Rahab lie at his feet in fear.
So how can I argue with God, or even find words to argue with him?
Even if I were right, I could not answer him; I could only beg God, my Judge, for mercy.
If I called to him and he answered, I still don’t believe he would listen to me.
He would crush me with a storm and multiply my wounds for no reason.
He would not let me catch my breath but would overwhelm me with misery.
When it comes to strength, God is stronger than I; when it comes to justice, no one can accuse him.
Even if I were right, my own mouth would say I was wrong; if I were innocent, my mouth would say I was guilty… 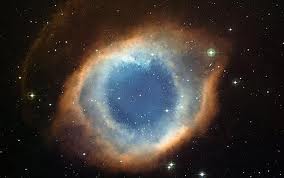 Who? —– YOU! But not because of anything you have or ever will do but because God loves us so much that He sent a final and perfect sacrifice to bridge the gap between our sin and His glory. We have Jesus! Stop and think about that today. Oh, how He loves us that He sent His perfect, blameless son to atone for our shortcomings!

If you are saved, please dedicate some time alone with the Lord to meditate on how valuable the gift you have is and remember where you were that got you where you are. Thank you Lord for saving a wretch like me. If you don’t know the Lord, please take a moment to read this short post and contact me or follow the link at the bottom of the page mentioned.

“The unfolding of your words gives light; it gives understanding to the simple.” — Psalm 119:130