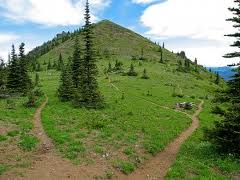 I have learned over the years through both personal experiences and study of scripture that God will allow us to go extended periods of time waiting on Him. It seems as if He is not there and that He does not answer our prayers. He gets us through the horrible pain we land in and we cling to Him and stay close to Him but over time it feels as if He fades away or He no longer cares even though we may be doing things correctly. I don’t believe this is to test our faith or see if we will abandon Him, He already knows that. It is to show US who we are and whether or not we will stay faithful or stray off the path. He gives us the the free will to choose our own path. Perhaps He wants us to know what He knows. I have also learned there is always a consequence for straying off the path or acting without God in our decisions. In the end, what God has planned will happen with or without us kicking or helping along the way.

In Genesis God promised Abram he would have a son and he would have countless heirs yet after many years as his wife Sarai grew old and barren they doubted God and Abram slept with Hagar to have a child and so Ishmael was born. Years later God fulfilled His promise and Abram and his wife had Isaac and Abram went on to be the father of the great nation of Israel but the consequence of his lack of faith was his son out of wedlock went on the be the father of the Muslim nation and the two are at war to this day and the world suffers from a single mans act of disobedience.  Abraham did learn to trust God no matter what as God told him to go and sacrifice his only son, he acted in faith and prepared to kill his only heir but God stopped him and provided an alternate sacrifice. I believe after this Abraham knew he had the faith to trust God and that was the turning point.

Years later the nation of Israel fell to slavery in Egypt where they were killed and punished by their task masters. God said He would deliver them to the promised land and Moses lead them to freedom and they praised God but while they wait in the desert they built false idols and wished they were once again slaves and forgot the pain of the past and what God did for them as they lost faith. In the end Israel did find the promised land but not until all those who fell off the path had died, even Moses did not make it.

I have read countless stories in the bible where God made a promise, the people fell off the path, pain ensued but in the end God fulfilled His promise. I have also experienced it first hand as God saved my son from deaths clutches and I praised him and the storm passed and I fell off the path to wake up lacking in faith and filled with pain. This path may be clear at the fork but when heading down either lane it is easy to find they are both connected along the way and the journey back and forth is a short one. So what is the answer? Clearly it is to have faith in God and follow Him without hesitation or doubt, realistically that is no easy or simple task a self help book or internet outline can help with. It takes the power of the Holy Spirit we all have as a resource but we must get ourselves out of the way and submit…did you cringe at that word? Humility and submissiveness are not words we like to use in our modern American lives but they are keys to freedom and a map to stay on the path to life. There are only two paths to chose from, that is well known but both paths are connected to each other on the journey, sometimes the hard part is sticking to just one. I’m on a side road right now, if you see me come say hello.

“But Christ has indeed been raised from the dead, the firstfruits of those who have fallen asleep. For since death came through a man, the resurrection of the dead comes also through a man. For as in Adam all die, so in Christ all will be made alive.” — 1 Corinthians 15:20-22